A few weeks ago I posted a short history of how Europe tried to deal with Hitler early on. The decision was made to appease Hitler. If he was accommodated, then he would be happy and all would be well.

The appeasement reached its apex when ...Czechoslovakia was forced to cede to Germany a large part of its territory, known as the Sudetenland, in Oct 1938. In March of 1939 Hitler invaded and occupied the remainder of the country anyway. The beginnings of WW II were in place.

Appeasement and accommodation never satisfies an aggressor. The more weakness you exhibit, the more appeasement they demand.

Same situation as which a school yard bully. The more you give in to a bully, the more he demands. Either you totally surrender or you stand and fight.

Eventually Islam will force us to fight or surrender. Then and only then will most Americans realize trying to pacify Muslims is a wasted effort and is futile.

Facebook isn't only about what my cat did today.
Posted by ptg at 8:32 PM 2 comments


Catching Boehner with a mistress is the only way to destroy him politically before the election.

A man never looks behind the bedroom door unless he has hidden there himself.
---
More: Minneapolis Star-Tribune, Democrats' strategy: Start slinging.
Posted by ptg at 10:30 AM 1 comments

Small Anti-Death Penalty Protest
The death penalty is alive and well in Virginia. It seems Teresa Lewis conspired with a couple of other low-life types to have her husband and step-son murdered in the hope of collecting some insurance money. Hiring someone to commit murder is seen as more nefarious than doing the deed yourself, for reasons that elude me. In Teresa's case, she reportedly used sex to recruit at least one of the actual killers. To look at her makes me wonder how the jury bought that theory, she isn't what I would call a siren. At any event, Lewis was convicted and sentenced to die by lethal injection. Her co-conspirators, the ones that she met in a Walmart and enticed into shotgunning her victims, 'rolled over' on Teresa and got life sentences.

To read most of the news coverage one might get the impression that the execution took place despite a huge public outcry against the enormity of the "machinery of death in Virginia" snuffing out "the beautiful, childlike and loving human spirit of Teresa Lewis". In fact, only about a dozen protesters showed up at the prison, outnumbered by pro death penalty demonstrators and the press.

I think the death penalty serves a purpose. Even though I'm generally an anti-statist, the reality of the situation is that we don't have any other sensible way to get rid of those among us that commit truly heinous crimes. Sure, some folks will whine that executions cost society more than life sentences. If that is true it is only because the anti death penalty busybodies that have put so many roadblocks in the way of the legal process. And there is always a chance that life sentences might be commuted or that the perp might escape. The death penalty is final.

I also believe the death penalty serves as a deterrent, but you never hear of those murders that never happen, so deterrence can't really be proved. Common sense tells us that some would-be murderers consider the possibility of paying the ultimate price and make other plans.

It would be nice to think that common sense is making a comeback in America.
Posted by ptg at 6:12 AM 5 comments 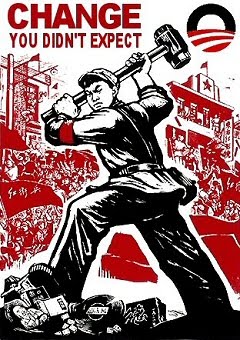